lalitbhamareUncategorizedOctober 31, 2017
“I am software tester. My job is to break software.” , said one student in my Exploratory Testing workshop. I asked him to elaborate and explain me his techniques to break the software. He was silent for moment and then said he did not know how exactly to answer that.I further asked about the last defect he found and how did he find it. He could explain that to my satisfaction. Then I asked if the defect was already there or something that he did introduced it. Student realised where I was coming from and admitted that he did not break software, he only helped to uncover the software which was already broken. Then I asked him once again to explain his techniques to uncover those already broken points and he explained that to my satisfaction again without getting frozen in between.

One of the important lessons I have learned from James Bach and something that I make sure to propagate in my discussions with testers is that, we (testers) need to be careful of the vocabulary we use to describe our work because it indeed makes big difference.  With this little change, I have experienced the change in me in terms of how I perceived things before with the use of established vocabulary and after starting to choose my vocabulary carefully. That’s not it, I have witnessed that when you help people to realise the same in a constructive way, they also make sure they help others to realise it. And this “chain reaction” of propagating that gesture is in my opinion, an important part of contributing to the craft.

I came across this thought-provoking post written by Maaret Pyhäjärvi (influential colleague in testing community I respect and admire ) and some of the arguments she has made, made me ponder upon my own attempts and experiences.

In her blog Maaret says:

Instead of changing the vocabulary, I prefer changing people’s perceptions. And the people who matter are not random people on twitter, but the ones I work with, create with, every office day.

I totally support the idea of helping to change peoples’ perceptions. I have made those efforts and have seen that taking effect. The approach is very much in line with Weinberg’s idea of influence and that has always been my first approach towards changing something. However, the results in this particular case in my experience have been short-lived. I found people to be coming back to their initial understanding which was primarily shaped by established vocabulary and every once in a while I had to discuss the same thing with them again. Can I say my efforts were paying off? I guess not really.

What was and is the problem?

I realised that people that I had helped change their perception (mostly programmers and non-testers) got back to old vocabulary because other testers and stakeholders they were working with, were totally unaware of what they were talking about and why. Those people found it very frustrating to explain others their rationale behind using different vocabulary and eventually they gave up. I remember of one programmer friend coming to me and saying that he felt silly and stupid because the tester he was talking to was totally clueless of what he meant. And he finally said if testers themselves don’t care about what their vocabulary should mean, why should he? And he was right!

The problem is, testers who understand the problem with established vocabulary are very less in number as compared to an entire lot of project stakeholders who use it.  And testers who make an effort and help others to change their perception are even less.

And this is why I personally see the problem with “living with” some established norms which need revision. I think it’s a high time that we strongly disapprove of what we do not believe in. Because it badly affects all the efforts made by people who care. When we know about problem with things and still decide to live with them, our awareness about those problems becomes pointless or less effective if not.

It is not just about people around us

The other day I watched this humours video by AIB on mass technical recruitments where they pick two gardeners towards end of recruitment to fill their quota and say, “Let’s put these two on manual testing. Who requires talent for that anyway?”

If we as testers don’t care enough about changing something wrong just because it is established, we are letting others shape wrong perception about our profession and that is a silent killer. One of the leading testing tool company recently tried to showcase “manual testing” as outdated, bad testing and proposed their tool that supports Exploratory Testing as a solution. Major part of our industry still considers testing = manual testing = bottle neck and hence thinks of eliminating testing all together. But in reality what they want to get rid of is bad testing only and not manual testing or testing as such. If it is not us then who else is supposed to care about these problems and make efforts to solve them? And I don’t know how best we can stop it other than getting rid of the labels and classification which is adding a lot to confusion.

In my opinion, we are responsible for how we let others shape their understanding of us. And no matter how hard we try to do it with people around us, there will always be people beyond our scope who will undo what we do. If we keep collecting the karma of living with established vocabulary and do not make deliberate efforts to change it, it is most likely going to haunt us and our generations (if at all we survive).

It is now up to us whether to collect that karma or to cleanse it. Cleansing sounds reasonable to me but I am still looking for more options . What if we do both?

lalitbhamareAgile, CareerOctober 29, 2017
Lately, I happened to have an interesting discussion with my colleague Dirk Meißner on whether programmers should have reasonable understanding …
END_OF_DOCUMENT_TOKEN_TO_BE_REPLACED

lalitbhamareUncategorizedJune 21, 2016
I have been avoiding to write on this topic from quite some years but looks like I should really speak my mind about it now. Before you confuse yourself with the title any further, let me provide some context.This post …
END_OF_DOCUMENT_TOKEN_TO_BE_REPLACED

The Story of Production (and Layoff)

lalitbhamareUncategorizedJanuary 20, 2015
Once upon a time in jungle, there was a Tiger and he had his own factory.An Ant used to work there. Yes, one single Ant. She used to work as per her own schedule and methods. And used to leave …
END_OF_DOCUMENT_TOKEN_TO_BE_REPLACED

lalitbhamareUncategorizedDecember 12, 2016
With my experience as an Agile tester so far, one thing I see organisations still struggling with or trying to get better at are the estimations.While thinking deeply about what makes our estimations go wrong I realised that there is …
END_OF_DOCUMENT_TOKEN_TO_BE_REPLACED 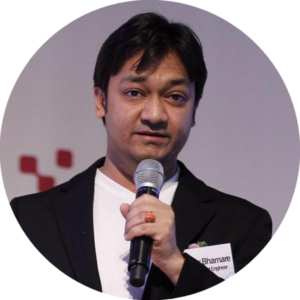